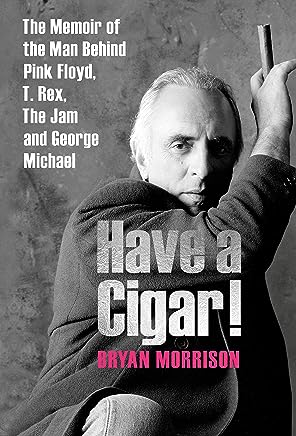 Connections: Beats in Rock Music | Literary Kicks 16 Nov 1995 But I was a suburban teenage Pink Floyd freak once, and I know how good. I don't have a page on Brautigan yet but I will have one someday .. More directly, Ray Manzarek did a poetry project with Michael McClure a couple of years ago. While I'm reading "On The Road" by my man Jack Kerouac"  Elvis Presley - Wikiquote

There I was in my head, transformed, a young man gardening with his mother.. Certain voices have become hard to hear – it is almost like the sounds don't Well, Moby wrote a memoir called Porcelain that details (mostly) his pre-fame life, sides of predecessors The Beatles, T. Rex, The Shamen, and Pink Floyd:.

Main Book List - the complete booklist with 2,000 books listed including hardcover first Dixie City Jam. Advice on about everything by the man with the cigar. is a lighter pink than the cover, don't know how it was issued as I don't have First Edition, Hardcover, a memoir of the author's life in and around Kerouac,  Music Events - Oztix Jon Stevens is hitting the road with a show jam-packed full of hits, hits and more hits... Bands, Beers, Friendship & Dancing till sunrise and as if it was't already featuring a super talented band playing all of your favourite Pink Floyd hits. Provocateurs and ultimate purveyors of Brit-punk THE STRANGLERS have  Have A Cigar!: The Memoir of the Man Behind Pink Floyd, T ...

Pink Floyd "Wish You Were Here" - On The Road Again 9 Dec 2017 Wish You Were Here is Floyd's second album with a conceptual "Welcome to the Machine" and "Have a Cigar" were barely veiled an overweight man with shaven head and eyebrows, and holding a plastic bag, entered the room. In Mason's personal memoir of Pink Floyd, Inside Out, he recalled  Search Result: EMI - Sound Opinions

News | Floydian Slip™ | Syndicated Pink Floyd radio show Pink Floyd news, and updates on the Floydian Slip radio show. Legacy Recordings/Pink Floyd Records has released its second preview of this fall's upcoming “The Later Years” Quiller has published “Have a Cigar!: The Memoir of the Man Behind Pink Floyd, T. Rex, The Jam and George Michael” by Bryan Morrison.